Wines of the Month 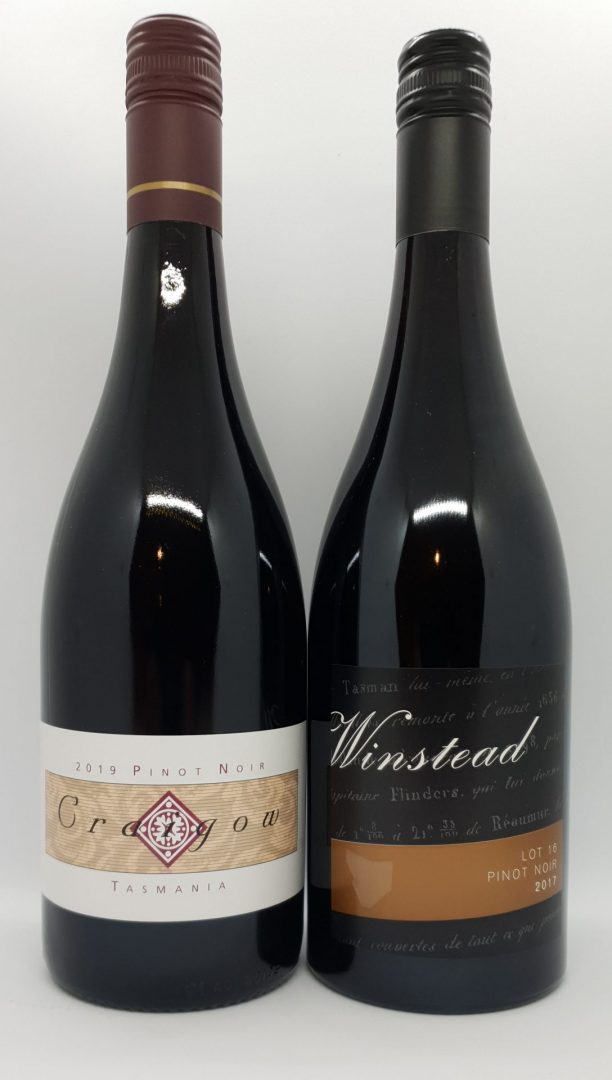 Craigow was one of the first vineyards established in the Coal River Valley region of southern Tasmania. The Coal River valley is now building an international reputation for producing outstanding cool-climate wines. Growing conditions in this valley are ideal for the classic cool-climate varieties of Pinot Noir, Riesling and Chardonnay – all these premium varietal wines are bottled under the Craigow label. Craigow wines are grown and crafted to reflect the characteristic terroir of the Coal River Valley, where the growing conditions are similar to the cool-climate wine regions of France. When newly-arrived Scottish doctor James Murdoch was granted land along the Coal River in 1822, he named the property after his Kinross-Shire home, Craigow-by-Milnathort. James was an enthusiastic and innovative farmer — he planted fruit trees and barley, grazed cattle and sheep and even experimented with poppies, preparing medical opium from his crop. Later generations of the Murdoch clan developed Craigow into a thriving country estate — the largest apricot orchards in Tasmania once grew here. The property Craigow seems to attract doctors with energy and innovative ideas. In 1989 the current owner of Craigow, Dr Barry Edwards and his family planted vines on the sunny slopes overlooking the Coal River, harvesting their first vintage in 1993. Craigow Pinot Noir 2019 Vibrant deep, dark crimson-ruby with glowing fuchsia-mauve rim. Opulent aromas of red and black cherry, plus plum and an array of spices, arise from the glass. An intense palate of rich dark cherry, deep plum flavours and spices. Smooth and velvety textures enhanced by French oak tannins; good length and a lingering aftertaste. We think this wine is drinking well now, but we believe it has great cellaring potential and will probably be at peak drinking in 4 – 8 years, if you can be that patient. It is definitely worth putting at least one bottle away to find out. A wine of incredible potential.

Winstead produces two distinct Single Vineyard Pinot Noirs. The Lot 7, from our original plantings on the home block is a robust wine, with dark chocolate, plum, tobacco and cinnamon characters. The LOT 16 is from a later planted vineyard a little further up the hill from the latest clones of Pinot to come into the country (114, 115 predominant). This wine is more delicate with forest floor, strawberry and nutmeg characters. The palate is zippy and fresh, with a firm dry finish. Terroir Bagdad often receives winter rains and summer droughts, which allow us to get the fruit nicely ripe in the long warm autumn days, but we need drip irrigation to sustain the vines through the summer heat and autumn dry. The inland location means the sea breezes do not arrive until late afternoon allowing the daytime temperatures to climb and remain high during the height of summer, an essential element considering our growing season is a little shorter than many other Tasmanian vineyards, due to our elevation above sea level. In the mid 1980\'s we purchased a 4ha lot of land, which had been a part of the old Winstead Farm. We felt this would be an ideal place for vines. With the subdivision of the original farm, the lots were connected to the local council reticulated water scheme, meaning the terroir of the original orchards was a thing of the past. Frost was the next enemy to combat, but after taking numerous measurements and talking to some of the older inhabitants of the valley we discovered the slopes we owned were relatively frost-free. This was definitely more good luck than good management. So in 1989 we planted a small test patch of 50 Pinot Noir vines. In 1990 we added a further 4000 vines. The die was cast. The original vineyard of 1.5ha (LOT 7) was planted to Pinot Noir and Riesling. In 1993 we purchased a further parcel of land 500 metres further up the valley and planted a further 1.5ha to Pinot Noir (LOT 16), Sauvignon Blanc and a small test patch of Merlot. The Lot 16 vineyard is a short distance higher up the valley. The aspect, soils, and elevation are the same as Lot 7, but it receives the sea breeze a little earlier in the day keeping the daytime temperatures a little lower. It is also closer to the floor of the valley allowing a little frost risk to the vines on the lower slopes. We find the fruit in this vineyard ripens one to two weeks later than Lot 7. This vineyard has been planted to a single curtain, vertical shoot positioned trellis, with 1.5 metre plant spacing. This allows air flow around the plants and good spray penetration to reduce the risk of fungal diseases. Winstead LOT 16 Pinot Noir 2017 tasting notes: The 2017 LOT 16 has a vibrant dark ruby red colour, aromas of dark fruits, chocolate, cola and charry French oak. The palate is super smooth with concentrated black cherry and plum fruit flavours, charry French oak spice and chocolate characters adding complexity, and finishing with a hint of trademark Winstead eucalyptus on the finish.