The Pinot Club features two high quality, great value and unique Pinot Noir wines  each month, delivered to your door.        Membership is free, so join up now, and enjoy some great Pinots. 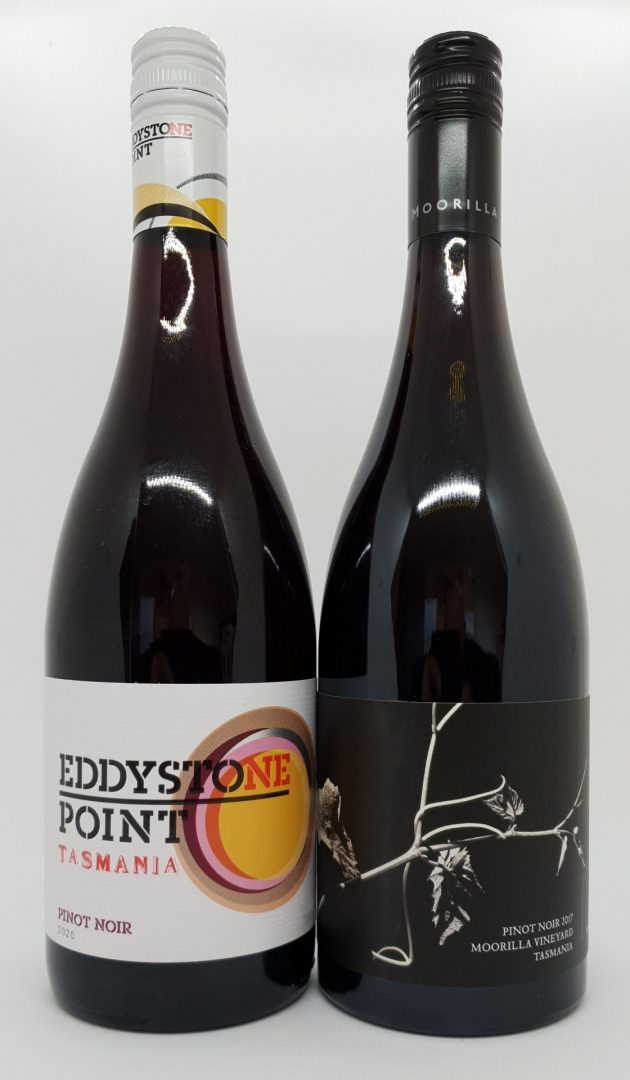 This month we feature two very special Tasmanian Pinot Noirs. The first wine won two trophies for the Best Pinot Noir and Champion Wine of Show at the 2022 Tasmanian Wine Show. Our second wine is simply the best Pinot Noir we have tasted so far in 2022, with a rating of 97/100. The 2020 Eddystone Point Pinot Noir is a multi regional expression with fruit sourced from the East Coast, Coal River, Derwent and Tamar Valleys. The Moorilla Muse 2017 Pinot Noir is vinified from the small planting of Pinot Noir at Moorilla Estate at Berridale, in the Derwent Valley near Hobart. Please let me know your thoughts on these wines once you have tasted them. Cheers Patrick

Eddystone Point was first released in 2013 and realises the winemaking team’s vision to create wines that are drinkable, affordable and represent the undisputed quality of Tasmanian fresh produce. Eddystone Point, situated in windswept North East Tasmania features some of the most uniquely layered terrains on the planet. Our wines embody the diverse and distinctive landscapes of Tasmania, revealing characters that showcase the untouched natural beauty of this faraway place. Winemakers Notes 2020 in Tasmania was a very challenging year for viticulture. A very dry but cool lead up to December combined with constant windy conditions led to slow growth, extended flowering and poor set, resulting in low yields and significant variation in ripening within bunches. Disease pressure was high throughout the majority of the growing season, and significant rain from January right through to harvest encouraged berry split and Botrytis, keeping anxiety levels for both growers and winemakers alike on a constant high. The extended, late season and variation in bunches saw high retention of malic acid across most regions, and vineyards losing leaves earlier than we would have liked. Colour: Bright, vibrant red Bouquet: Lifted, fresh cut strawberry and Morello cherries gives way to subtle and complex spice from whole bunch inclusion and quality French oak Palate: The entry is gently sweet, then, aided by balanced natural acidity, strawberry seed tannin carries the palate to a point. Structure is light, yet with interest, cherries and spice are on feature. Its delicate shape, and carefully considered use of whole bunches and French oak revolve around purity of fruit. It is poised and balanced, true to style. Alcohol: 12.8% Residual Sugar: 0.2 g/l Acidity: 5.7 g/L pH: 3.6 Winemaker: Stewart Byrne Region: Tasmania - Coal River Valley, Derwent Valley, East Coast & Tamar Valley. Grape Variety: Pinot Noir Fermentation: Open top, stainless steel, temperature controlled fermenters Maturation: French Barriques Cellaring: Drink now or cellar for up to 3-5 years Harvesting: 100% hand picked

David Walsh writes about Moorilla: Moorilla was one of the first wineries in Tasmania—it already had a thirty-five-year history when I acquired it in 1995. In the early days I did my best to undermine that history with some very poor choices—we tried the French style no-irrigation vineyards for a couple of years. But Tassie does not have seasonal rainfall, so we ended up with grapevines on death row. We gave them a pardon and a few years later appointed Conor van der Reest as winemaker, and he put Moorilla back on track. Moorilla was set up by Claudio Alcorso, an Italian immigrant who, during WWII, had been incarcerated by Australian government as an enemy alien. Despite our initial poor treatment of Claudio he came to love us, and he did his best to keep the bits that he loved the most, intact—he was one of the earliest Australians to put himself between bulldozers and trees. When Moorilla went broke I bought it off the bank, but Claudio and his wife Lesley stayed on in the wonderful Round House, a Roy Grounds design that he commissioned for his parents in the late 1950s. It is now Mona’s library. I bought Moorilla on a whim, but that whim has come to define me. I did not buy it for the wine, I was more interested in the Roy Grounds house that is now the Mona entrance—I was seeking an art warehouse. I later found that in a big way, but early on I became enamoured of the wine making (actually wine consuming) lifestyle. Buying Moorilla was one of the best decisions I have ever made, and I think that would be true even if Mona had not arisen there. I was raised just up the road from Moorilla, and as child I would walk past often. I knew it was open to the public but, despite my curiosity about the rich folk within, I never passed through its portal, for this tree-lined haven, this paradise of boundless verdancy, this temple to modernist architecture, this beacon was beckoning others, not one such as me. Style and winemaking: Due to the complexity of the Moorilla vineyard (and its location) we tend to have fruit that lends itself to a heavier and more robust style of pinot noir. My aim is to work with this, but to try to bring levity to the finished wine. By picking over many different days and working with the variability in the vineyard, we can make many wines and then work with that natural complexity in the winery to build a balance between fruit and oak derived aromas and flavours. By using stems in some fermentations, we can get a great depth of tannin as well. The result is a wine displaying a great deal of complexity—powerful yet balanced and showing the subtlety I look for. It will benefit from bottle maturation. Viticulture: The fruit was sourced from the Moorilla vineyard located on the west bank of timtumili minanya / River Derwent. The fruit was left on the vine until flavour profiles showed an increase in fruit and berry characters, before it was hand-picked. Effort was made—in picking within blocks—to obtain separate fruit batches for fermentation. 2017 was more typical of Tasmanian weather: cool and dry with the normal warm / humid and cold / dry fluctuations. It was also the longest vintage of my tenure, as overall it was a quite cool year, so fruit intensity and acid profiles are distinctive. Compared with the hot 2016 vintage we harvested later than normal. Winemaking: Winemaker: Conor Van Der Reest Abv: 13.0% Bottled: 2017 Closure: Stelvin Cases Produced: 757 Tasting notes: A rich, stewed nose of rhubarb, plums and cinnamon brings a caramelised tart to mind, before a silken fruit-bomb of a palate unfurls, awash with strawberries, raspberries and milk chocolate. Structure is velvety, with some light white-pepper suggestions of oak throughout. Another exemplary Muse pinot.

Get in touch with us today at info@thepinotclub.com.au

The Pinot Club is a Pinot Noir focussed wine club featuring two different wines each month. We will select wines of high quality and great value from classic Pinot Noir regions of Australia and the world. The Pinot Club will ship the wines directly to you, our membership is free, and you can opt out of any months offering with a click of a button.

Australia produces many fine Pinot Noir wines, many of which are produced in small volumes and not readily available to the general public. The same applies to wines from many of the other great Pinot Noir producing regions of the world. We established The Pinot Club to give our members access to these rare and unique wines so that you can taste and experience them for yourselves.

We Hand Pick Wines of the Highest Calibre and Distinction

Welcome to Australia’s most exclusive wine club, The Pinot Club. We look forward to having you as a member and enjoying some of the best Pinot Noir wines the world has to offer.

How your membership works

Membership is free, each month we will email you details of the current month’s wines. 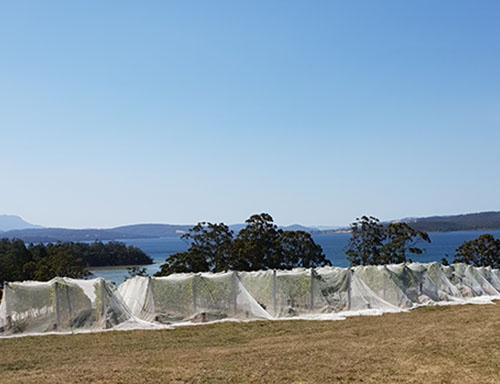 Simply select if you would like to receive a monthly offer on 2, 6 or 12 bottles of wine.

Register, there is no charge to join the Club – simply sign up with your credit card to validate your account.

We’ll send you an email on the first Friday of every month with everything there is to know about the upcoming wines.

If you wish to receive the wines, you don’t have to do anything, your wine will arrive within 7 working days.

If you do not wish to receive this month’s wines, simply hit the opt out button on the email. There is no limit to opt outs.

Click to join now or please get in touch if you have any questions and we’ll get back to you straight away.

You must be 18 or older to join The Pinot Club.

Australia’s most exciting wine club. The Pinot Club will search the premium Pinot Noir producing regions, to secure for our members those hard to find wines of exceptional quality and value for money. Each month we will feature two new exciting wines for you to taste and enjoy. We look forward to having you as a member. Join us today, membership is free, if you have any questions please get in touch with us and we will get back to you as soon as possible. You must be 18+ in order to join The Pinot Club. It is an offence to sell alcohol to minors in Australia and it is an offence for minors to purchase alcohol in Australia.
Join Us now